Canon Adam Gray Maitland came to the district from Scotland and was installed as the vicar at St Thomas’s church known as top church. Being a devotee of the Royal and Ancient game he was dismayed and disappointed to learn that there was no golf course situated in the locality.

He at once set about putting this state of affairs right and his eyes fell upon what was known as ‘the Old Park’, the area known now as the Russell’s Hall estate and after many discussions it was decided to call in his friend from Scotland, the golfing legend ‘Old’ Tom Morris to set about designing a course.

He was also responsible for the golf courses at Muirfield, Prestwick and Carnoustie, not bad company for a little black country area.

The great man duly arrived and apparently in no time at all, the course was built and with the Earl of Dudley as its first president and a certain Mr Hugh Kirkaldy installed as the first professional, the golf club came into being.

The lease on the original course came to an end in 1927 and the present course was made over what is geographically called the Rough Hills known locally as Rowley Hills. These hills, the remains of long gone volcanic eruptions are mainly of rock which over the thousands of years covered itself with a soft grass which helps make the course so attractive and such a fine test of golf.

The exceptional panoramic views from the course are stunning indeed showing Dudley and the Black Country at its best and even further afield on clear days to the Black Mountains in Wales. It’s also said that from the 8th green the next highest point east are the Ural Mountains in Russia! 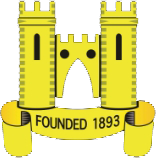